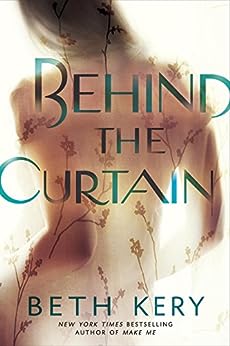 Laila Barek is an American-Moroccan woman currently living in Chicago. After living so many years under Moroccan traditions and making everything she could to make everyone happy but herself, she finally gave in to her dreams and started making use of her talent as a singer. But, just to a point. Because even though she’s a famous singer, her family doesn’t even know about it as she uses a curtain to keep her identity hidden as well as her fears.

Asher Gaites-Granvile is a foreign correspondent, much to his parent’s disappointment, who has been traveling the world working. But now he’s in Chicago for a few days after a long time, so he can’t say no to his friends when they invite him to go to a bar. The goal is to see a very mysterious female singer who only performs behind a curtain. The performance is intentionally sexual and there’s just something about that voice that makes Asher go back nine years in time, to that place and time where love had been his oxygen. Her pull towards him is still so strong that he has no choice than to chase her and see her to make sure he’s not hallucinating. And yes, she sure is the same woman who has had his heart since that summer in Crescent Bay. The exact same woman he couldn’t get out of his mind since that night when they last saw each other.

Let’s start with the structure of the book: simple and brilliant. The book starts in the present day when they’re both in Chicago, then it goes back to the time when they met in Crescent Bay and then back to the present day. To me, the fact that their past is not parted in several throwbacks is clever. Because usually when that happens I honestly just want to skip the throwbacks and go to the next chapter in the present day. In this case, I really enjoyed the way things were organized because you virtually read their story chronologically.

Then there’re the characters. Laila was a quite complex character to me. First I really thought she was a little strange. Then I thought she was just a weak person with no inner strength. Then I finally understood that all these bad things I was thinking about her were actually a result of the way she was raised. What I thought was a weakness was actually her mindset that was not exactly created by her but by the people who raised her and taught her the Moroccan cultures. This is hard to explain but her character is brilliant as the entire book.

Asher is also a strong character and the opposite from Laila. He has his own beliefs, doesn’t care what the world (much less his parents) thinks of him and is doing exactly what he wants with his life like nobody’s business. And the fact that they’re so psychologically different from each other was a real obstacle for them because sometimes they couldn’t understand each other’s choices.  Like, it was really hard to Asher to understand why Laila wouldn’t just live her dreams nevertheless of her parent’s opinion when to Laila, her reasons were pretty obvious as she would never do something that would make her parents unhappy.

And then there’s something we don’t find in every other book which is all the background about the Moroccan culture. I learned some things about it thanks to the book. Mainly about the way Moroccan girls are raised and the way they’re expected to act and live.

It was just a really thoughtful book in my opinion. Perfect twist. Perfect storyline. Perfect characters.

This book literally kept me up at night. This is a must read.