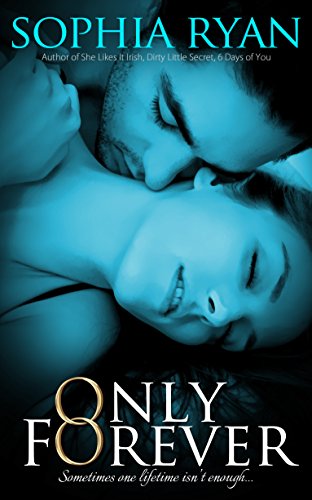 Sabrina and Dominic have been married for a few weeks when they were called on a job to a dig site in Ireland. Dominic, being an archaeologist, would be the field supervisor, and Sabrina, being a photographer, would be a media assistant to her new boss, who is also Dominic’s best friend, Ian McCanna.

Sabrina and Dominic were truly in love with each other, so when she first touched Ian and felt a strong and unexpected connection, she didn’t know what to make of it.

“Dominic was her husband. She wanted no one else. Would never cheat on him. But there as no ignoring the sensations Ian’s touch had stirred in her.”

But then, Dominic started putting his job first, in fact, he started putting everything before her. Add that to the fact that being apart from Ian hurt both physically and emotionally, there wasn’t much she could do to ignore her feelings.

Honestly, it took me some time but I just hated Dominic. He was nothing more than a cheater with no morals to question Sabrina’s reasons. On the other hand, I just loved Ian, I mean, how could I not? More even when he protected Sabrina when he didn’t have to.

I’ve never read something like this; I’m not used to the spiritual side this book explores, so this was a pleasant surprise. Ian and Sabrina’s connection is beyond this world: he can hear her thoughts as well as see the same ghosts that she sees. And even though they’re two different bodies with the same soul, I never knew for sure until the very end if they were going to end up together or not. Just by that, you can see how well the book was written and how good the storyline is.

All in all, it is a really interesting book with strong characters and anything but predictable.