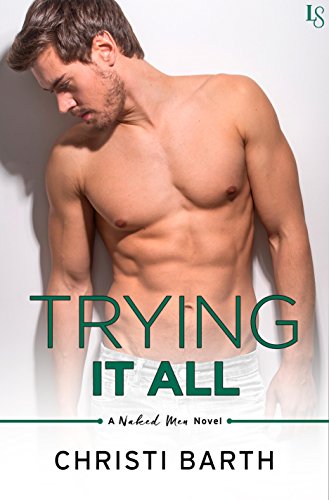 Twenty-eight-year-old Riley is one of five survivors of a car accident in the Alps. He works for the National Transportation Safety Board as a way to prevent the kind of nightmare he and his friends went through in that accident but that never seems to be enough for his parents. No taking risks is his motto, so no jaywalking, obey the speed limit and, obviously, no skinny-dipping cause who knows what’s under those dark waters, right? But Summer Sheridan seems to like to push his buttons because those are just some of the risks she likes to take, which pisses him off every time.

After surviving a shooting in high school all Summer Sheridan can think about is living the present and do whatever she wants because if she learned something with that shooting is that we don’t know if we’re going to be here tomorrow! Anything can happen and you might not even be able to prevent it. And all that seems to irritate uptight Riley.

And that’s just too bad because, even though they’re not right for each other, they also have the hots for each other, so what now? Will they submit to their attraction or will their differences keep them apart?

“Christ. A woman should not be able to look that sexy at noon on a Sunday in broad daylight.”

I was happily surprised with this book. Its plot is quite unique when compared to the I-was-sexually-abused-by-some-family-member plot that everyone seems to be digging because, while it might be real, it’s just getting old.

Riley was a challenge for me. I mean, I jaywalk almost every day and seeing him being a jerk to Summer because of that just made me want to punch him. But then I grew quite fond of him. He blames himself for the accident because he thinks he’s what distracted the driver and has been carrying that blame for ten years and there’s nothing his friends can say that will change his mind. And it’s not that he’s afraid of life, it’s just that he’s very thoughtful and careful with everything. Which doesn’t make him a weak person but a strong one, learning to live with what life threw at him.

Then we have Summer. The most easygoing and stress-free woman in the area. I’m kind of jealous of her lifestyle. Seize the day is her slogan. She doesn’t think two times before doing something, because if she wants it, she gets it, even if by Riley’s rules that is a reckless thing to do.

I think what made them fall in love with each other is the fact that they get each other. They understand each other’s fears and decisions since both went through traumatic experiences that made them see life a different way. There’s also some sexy moments as well as scary ones which made the book really exciting.

Overall I loved it. It’s a tender story with the perfect amount of drama and love bites.