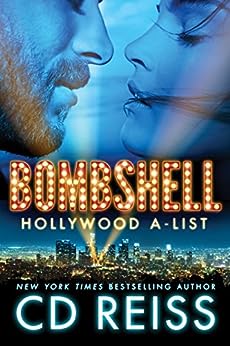 Brad Sinclair is a Hollywood movie star who just got a beautiful and crying five-year-old little girl: his daughter Nicole who he didn’t even know existed. Between women and parties, Brad doesn’t even know how he took care of himself throughout the years, so taking care of a kid is definitely not one of his talents. Giving that, his only option is to get a nanny who will do the work for him.

Cara DuMont has been a nanny for a few years and her biggest fear is to end up as a joke at a magazine cover. So her job is simple: take care of the kids and not get attached (more important, do not get attached to the daddy). And that hasn’t been hard until Nicole (as well as Brad’s looks) stole her heart!

After his daughter stopping the crying because of Cara, Brad is convinced she will be the only one capable of taking care of Nicole. But Cara knows his reputation and she’s not about to ruin her career because of a desperate daddy, so how is it gonna be?

This book had so much potential. I was really excited to read it, but that excitement disappeared when I started the book. The storyline was interesting but it kind of was too light. There are some secrets involved but you don’t know their existence until they’re dropped in your lap out of nowhere. There’s no suspense or that wait you have to suffer to get to what you want. And that made the book a lot dull instead of exciting.

On the bright side, Nicole is such a doll. So sweet and so grown-up. Her relationship with Cara is also really endearing as well as with Brad. Of course, there are sexy and hot scenes although I couldn’t really feel the intensity of them.