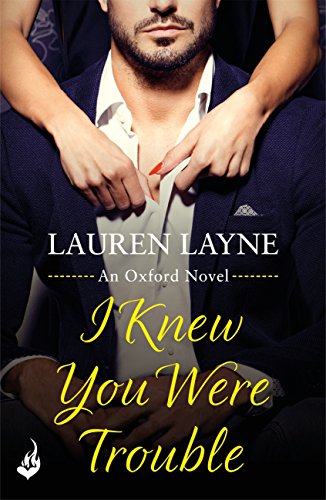 Taylor Carr is a tough one: love is not something she would recognize even if it slapped her in the face after being raised by her also tough aunt who taught her that love only makes us weaker. But the only thing she got out of that lesson was that nobody loved her. Not her aunt and certainly not her mother who abandoned her when she was two.

She just nailed a job at Oxford magazine and she also got the perfect man to go along with it, Bradley Calloway. But this Bradley guy thought it was a good idea to dump her exactly on the day that they were supposed to move in together. Now, sorrows aside, she’s in need of a roommate.

Guess Nick Ballantile, freelancer writer at Oxford would be a good fit, right? Never mind the fact that they’re constantly at each other’s throats! As long as they don’t go taking off each other’s clothes…

Taylor turns that vulnerable side of her into a fake confidence which makes her look like a fiery person. She never lets her guard down. She’s also funny, mostly sarcastic, but funny nonetheless. It was actually heartbreaking to see the way she genuinely thought that no one could love her. And on that note, Lauren was remarkable because I could actually feel Taylor’s pain!

Nick is, most of all, a gentleman. Besides that, he’s obviously hot and also charming, easygoing and pretty straightforward when it comes to his intentions. Another thing that I loved about Nick was the fact that he hated Bradley because, obviously, I hated him too. It’s not that Bradley was a bad person (at least until some point I thought he wasn’t), but he was keeping them from being together.

The pace of the book was also good.  They actually move in together almost a year after they met but, make no mistake, the book is not boring until that happens. And a lot happens after that as well. Surprisingly, the end is not predictable. There’s a twist that I really wasn’t expecting and that made the book a whole lot better.

For those who read the rest of the series, some of the other characters appear in this book. For example, Daisy (from Someone Like You) is one of Taylor’s best friends as well as Brit.

Highly recommend it. It’s a light read, some might call it emotional (I certainly do) but it also is really funny.