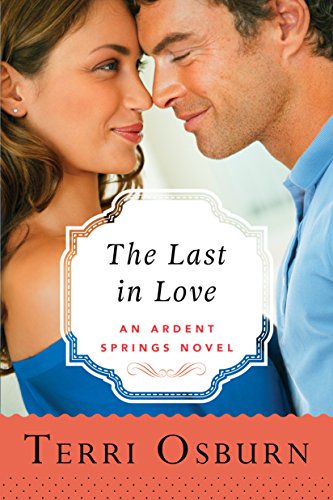 Abigail hasn’t been happy with her life for a long time after losing her husband in a roadside bomb in the war two years ago. All her friends are married or about to get married and, although she’s happy for them, she can’t help feeling miserable giving that luck hasn’t been on her side lately. She even burns her kitchen while trying to bake! But then luck actually knocks on her door as a charming fireman comes to help. She can’t even recognize him after so many years but the man standing right in front of her with concern in his eyes is the one who she used to babysit. And she can’t believe the way that boy turned into such a fine man.

Justin Donovan just lost his job along with his fiancé after a big fiasco with his best friend. After that disaster, Chicago doesn’t feel like home anymore and he decides to go back to Ardent Springs. Things are still the same since he left his hometown except that now, the woman he always wanted is a free woman. A widow. But free nonetheless.

But things are not as simples as that seeing as he won’t open up to her about his reasons to live Chicago and she won’t ignore the way people talk about the fact that she’s dating a man five years younger than her.

Will their second chance end up like the first one?

Abigail was pretty worried about what people would say about her so I expected a big fight on Justin’s part in order to get her. But that actually didn’t happen which was really disappointing. A couple of dates got them together and so I thought that the book’s appeal ended right then and there.

But then they started having problems together and that’s when I understood why a big fight, in the beginning, wasn’t necessary since they had to fight a lot harder to keep the relationship alive. A lot of problems are thrown their way so it really isn’t an easy relationship.

There’s nothing in particular that I can say I didn’t like about the book but at the same time, I wasn’t blown away by it. The story was good. There’s a lot of secondary characters that are featured in the rest of the series I think. He’s super sweet with her since she’s a little insecure after going two years without dating. I loved that Abigail didn’t let her mother’s opinion dictate her life, especially, who she could date or couldn’t.

Overall I loved the book. I will probably take a look at the other books of the series since I liked some of the secondary characters.