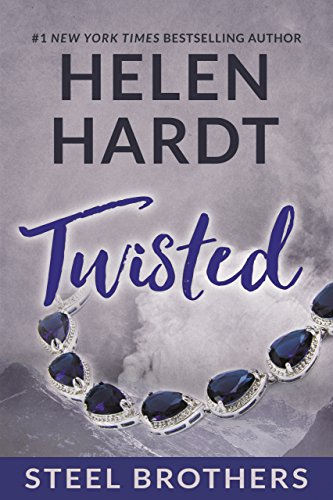 For those who already read the previous books (or at least the books regarding Ryan’s and Ruby’s story) you already know what’s going on here. But for those who are new to this story, Ryan (the youngest Steel brother) is, along with his brothers, trying to figure out who were the men who abducted and tortured their brother, Talon. But now, they also have the help of detective Ruby Lee who, besides being Ryan’s girlfriend, is also the daughter of one of Talon’s abductors.

This book is pretty much about their investigation on Talon’s abduction which wasn’t that much of an addicting one! So far, this is my least favorite book of the series! But, I’m saying this in comparison to the other books of the series because, if compared with the average, this is still a pretty damn good book in my opinion! It is just not so thrilling and addicting as the others! And I think that comes from the fact that there’s a lot of assumptions during the investigation but only the confirmation of pretty much nothing! Which means that there’s not a lot of progression on the investigation in this book!

But, we can’t forget how good Helen Hardt is when it comes to dark desires and love poems! And that is still rocking in this book I can assure you! Ryan is starting to explore his dark desires with Ruby whilst she is starting to realize that she actually likes the submission when in the bedroom with Ryan.

And that’s about it! Overall the book is filled to the brim with hotness and is still surprising as hell when it comes to the main story! To read this book, you need to, at least, read the book Shattered first but I would recommend reading the entire series because honestly, it would be your pleasure!

Now I’ll just stay here waiting for the next book because, after this one, I think there will be a ton of secrets being revealed and I can not wait!