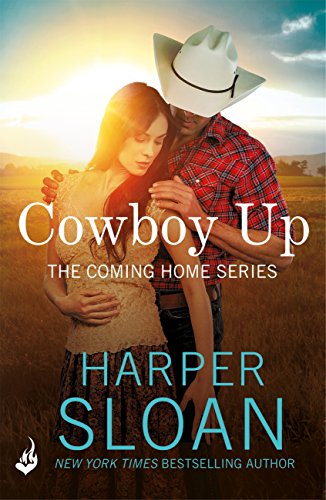 Just finished Cowboy Up, the third book of the Coming Home series and I don’t know what to do with myself. This was a rollercoaster of emotions and I’m still feeling it in my bones!

In this book, we have the eldest Davis, Clayton Davis. The man that was basically the father and mother of his siblings since their parents didn’t really know how to it themselves. Besides that, he’s also the one who runs the family businesses. So, as you can imagine, there’s no space or time for any more responsibilities, which means, no serious relationships! Even an unforgettable one-night-stand with a woman that tastes like his favorite pie is not enough to pursue a serious relationship!

Then, you will also meet sweetheart Caroline Michaels. Just like Clay, her relationship with her parents is nonexistent. She never met her father and her mother never really cared about her, not even when she needed her the most. So you can already guess what she will find with Clay: the safety that she never had before. Which is exactly something that Clay is the best at, which is protecting his loved ones.

So, as I said in my review of the first book of the series (Lost Rider), how many times is it acceptable to say that I loved a book? Because, again, this was just emotionally insane! I literally laughed, I cried and I had goosebumps all over most of the time. Seriously, Harper Sloan couldn’t have done better with this book even she tried, like, really hard!

First things first, they’re the hottest couple in the series! I mean, the sex scenes are out of this world! Their one-night-stand?! Smoking-hot.

Regarding the characters, we have the self-doubting Caroline and the strong Clayton. Caroline is not the kind of woman with a luscious body, she’s actually quite petit which makes her feel some kind of insecure about herself. Lights on or off? She’s definitely the lights off kind of woman! Then, Clay is the opposite. He’s intense and the master of control. He has to be in control of everything around him so he’s always prepared and never caught in the middle of his emotions (which, I might say, is constantly happening in this book)!

Now, the ending of this book?!  I don’t have the words. As Quinn from Kiss My Boots would say, Jesus Jones! It is so nerve-racking. It all just felt so incredibly real! The entire book is just purely insane, and fantastic,  and hot and overall to die for.

Now I will try and survive after this incredible read.