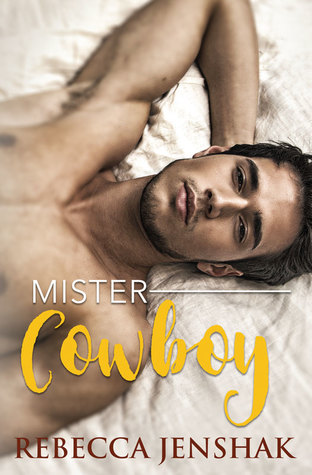 So, Brecken Blackstone has his own company, Blackstone Software, but now he’s also responsible for his family’s ranch after his father’s passing. He doesn’t know what to do with it: if he should sell it or keep it. Either way, he hires January, a professional organizer, to organize all the stuff at the house in case he decides to sell the place. At least, that’s what he tells her. What he doesn’t tell her is what made him hire her after just meeting her: he wants her for a lot for more than work.

At first, I thought things were happening way too fast. There was no suspense, no wait, no nothing. The beginning of the book felt quite unfulfilling! I just think that stuff could have been a lot more developed before they shared a bed together for more than just sleeping.

But then, the story was actually not that bad! Throughout the rest of the book, we get to know them a lot better than in the beginning. There’s a lot of background on Brecken regarding his childhood and how that affects his decisions now. About January, there’s not a lot to tell about her besides the fact that she loves her job even though it seems to be a big disappointment to her father. I think that they worked so well together because they went through similar stuff, like losing their mothers when they were kids.

Regarding the sex scenes, they do happen but they’re not descriptive to the point of making you cringe. The truth is, this book is about a lot more than just sex scenes so don’t count on unforgettable sex scenes.

The outcome is the same as always when we have the rich people falling in love with the average, but honestly, if it’s not for the happily ever after, then what are we here for? They built a sweet relationship together whilst dealing with the ranch and all the family drama around it and I was happy with it!

This was my first book by Rebecca Jenshak and I quite liked her style: straight to the point, not big on descriptions and quite fond of tender stories! And the same goes for this book: light, fast, sexy and romantic! So I would really recommend this if that’s the kind of book that you’re looking for!

This book is still not available for sale.