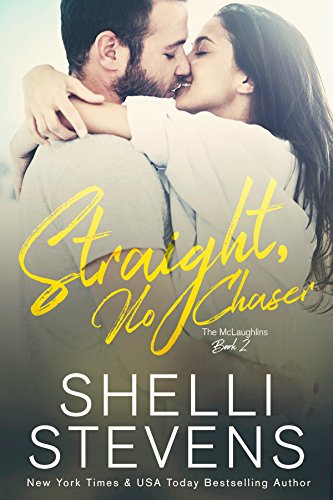 Ten years ago, Hailey messed with the McLaughlins and that’s something that Colin never accepted and never will. Or so he thought. Because now that the family knows her reasons, everyone loves her except him. No matter how good her reasons were, he still hates her. But we all know how hate and love are so closely intertwined!

So, for those who read One More Round, Colin is Ian’s twin brother and Hailey was the responsible for Ian’s and Sarah’s separation. Hailey went through a hard childhood with troubled parents and a younger brother to raise on her own. So, although she’s pretty strong on that front, sometimes she falls on the vulnerable side of things, especially when she has someone to hold on to like Colin (I know some people can’t stand this kind of character, so here is your warning!).

On the other side, Colin is the absolute opposite. He always had a pretty grounded family that turned him into someone responsible and overly protective of those he loves. After hours he’s also pigheaded sometimes! His hatred towards Hailey took him too far sometimes but since that’s what made him go back several times and apologize, I forgive you, Colin!

So this love/hate story that starts off with their push-and-pull game and all their intense discussions as a way of getting to know each other (inside and outside of the bedroom might I add) lead us to a cute and fierce tale!

Also, Shelli Stevens’ writing style, if you’re not aware, is the most enjoyable thing ever: lots of dialogues and overall fast paced. And she actually manages to keep you entertained throughout the entire book!

To sum it up: this is not a sugary sweet story. Hailey’s life has been anything but a walk in the park so sometimes the book is actually sad.

P.S: You can read this book as a standalone.