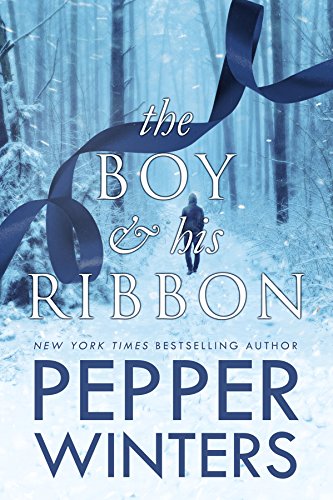 Ren was sold for cheap labor to the Mclarys, a family that branded kids the same way they did cows. He endured true hell for two years until he decided to run away on his own. Or so he thought because on his backpack was Mclarys’ baby with a blue ribbon.

She was the enemy but he couldn’t take her back and have her turning into someone like her parents who he despised so much.

So he would raise her on his own, like a sister!

“Because I had nowhere to go, no guarantee of survival, and a baby reliant on me for every tiny thing.”

If you’re a fan of Pepper Winters’, you already know that you can’t expect what she’s about to do. Forget it, you won’t be able to predict anything! She’s completely out of the box and unpredictable. And this book is just one more proof of that.

The only thing that I didn’t really enjoy was the prose. The descriptions were so long and so many. But, besides that, all gold stars!

The story goes back and forth in time from the time they ran away to the present day which are 18 years apart. So when they ran away, Ren was ten years old and Della was just a baby, but by the end of the book (which is the present time) he’s reaching his thirties and she her twenties. The book has both POV’s: the present time it’s only in Della’s POV but the past is in both.

I was mostly blown away by the child logic in this book and by how well created these characters were! Winters goes to such detail when he comes to their experiences as humans growing up. As I said before you will go through their teenage years, when they’re experiencing periods, first kisses and hormones and sex which are all things that people know about in school and at home, but for kids that grew up in the middle in the jungle, those were all unknown subjects. Like, the first time someone told them it was Christmas day, they didn’t know what that meant!

“My heart stopped with how perfect she was. How smart. How kind. How brave. I’d never look at the color blue again without thinking of her. I’d never hold another ribbon again without wanting to hold her.”

Besides the magnificent technical job that Winters did with the characters, there’s also another thing that’s equally magnificent: their love. Their simple, and humble and true love as a brother and sister! Their affection was the sweetest thing to witness. Della saw Ren as her idol. The man who did no wrong and that would do anything for her! In return, she was his heart and soul!

Okay I’m done! The book is overall freaking amazing and I can not wait for the next one! Yes because this book ends with a freaking cliffhanger!