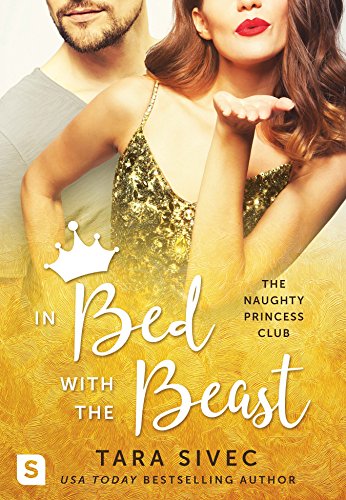 Library owner by day, naughty princess by night. That’s Isabelle for you. Or at least the one she’s trying to be because her library is about to be shut down and, according to her friends, she’s still too unfamiliar with the male species to be a naughty princess. So first she needs to get comfortable around men so she can make some money so she can save her library. See? Simple. Until her father finds out about her night job and she ends up without a place to stay. Tha’s when Vincent, AKA the beast, makes his appearance as her knight in shining armor.

The female characters are so well created. From Mrs. Potter (the old lady who helps Isabelle at the library) to the other naughty princesses, I would say that Tara absolutely nailed it. They’re all funny, they say whatever they say and they’re their own bosses.

Vincent’s character is also really good. He’s just a real caveman: a mix o a little bit possessiveness towards his girl, lots of grunts and a lot of ordering around. Between you and me, he’s a really sweet guy deep down.

But my favorite thing about this book was Isabelle’s character. Every time she’s uncomfortable she starts staying random facts which were the funniest thing ever! I mean, it is ten times better than getting beet read like I do everytime I get uncomfortable!

Big warning: there’s something going on on the book that some of you might call sharing. I personally don’t think it is but just to let you know, she’s a pool dancer even when she’s in a relationship with Vincent, which doesn’t involve anything sexual but might still give the creeps.