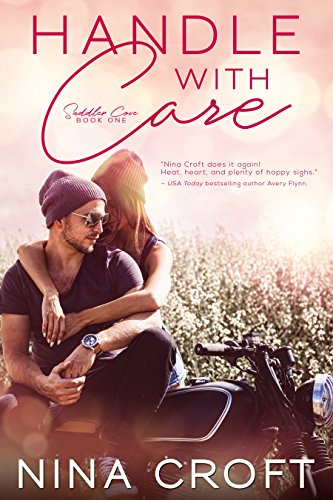 Why “Handle with care”? Because everyone thinks that Emily is a sensible and fragile woman who needs to be handled with care. Well, she’s not. She’s just afraid of taking risks after her parents’ death which I think it’s fair. I liked her. It’s a pretty relatable character given her “normal” life.

Now Tanner is the opposite. He likes to take risks so everyone thinks he’s really a bad boy, even though he’s actually sweet and kind. He was in prison for two years and now everyone in town is judging him. So the tough appearance is his way of protecting himself. Warning: sometimes you’re not going to like him because he takes his bad ways way too far.

The storyline is actually pretty cool. It is more than just about Emily and Tanner. It is also about Mimi, Emily’s grandmother and how she finds love again at the age of seventy. And there’s also a lot about people that think they have someone figured out just because if their skin color.

Highly recommend the book if you’re a fan of baby love (the pregnancy part at least) and if you like to crack a tough guy like Tanner.