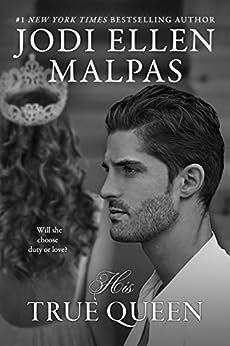 We all know the royals and their luxury lives. What we don’t know is all the secrets and lies that they keep hidden by smoke and mirrors.
Adeline is the princess of England but she never really felt like it. She hates their rules and the fact that everyone gets to decide everything about her life, including the man she should marry.
She hates it, even more, when she finds someone she really wants to be with ut can’t: Josh Jameson. An american Hollywood actor who has everything to be disliked by the king: he’s not royal and he’s not even English. But he’s everything the princess ever wanted…

So the first book is kind of introductory. You meet them ad their lives. You see how good they are together and you see their love grow. But the truth is, there’s nothing really thrilling happening in the first book if you don’t count their sexual encounters (slightly kinky, might I add).

But wait, don’t give up just yet because all the juicy bits are in the second book…

Lies, power, deaths and more lies. The second book of the series is the real deal. Something really big happens in the transition of the first book to the second one, and from that on, there’s no stopping. They uncover a lot of secrets and figure out a lot of lies in their journey to stay together.

Also, you have to be prepared to their royal language and to stuff like contacting your secretary so she can contact your mother’s secretary so you can just speak to your mother (like, what?!). It’s not going to make a lot of sense if you’re just a mere mortal living in 2018 like me, but I guess that’s just how the royals do it!

The Smoke and Mirrors series is an unpredictable, engaging and well-paced glimpse into the life of a princess trying to have a normal life. Filled with lies and deaths, Malpas’ most recent duet is perfect for royal romance fans.