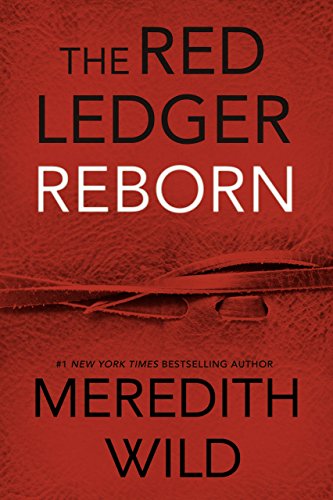 Tristan, a hitman, has one more job: kill Isabel Foster. It’s just one more job like the ones he has been doing for the last six years since he left the army. Nothing new until Isabel recognizes him from a past he can’t remember.

Isabel has been mourning Tristan’s departure since the day he went to the army and ended things with her by using a letter. Six years later, she can’t believe her eyes when he’s standing right in front of her acting like he doesn’t remember her or their love. But it’s not acting. He lost his memory in his last mission in the army, so she’s now the only connection he has to his old life. That is, if he doesn’t kill her like he’s being paid for.

“She’s brand-new and familiar at once.”

Want me to be honest? Sell what you can so you can buy this series if you have to! This is nerve-racking-suspense, pure passion and real sexual tension, all in one series! This is not for lovey-doveys and is not exactly the kind of story to melt your heart (at least not in these first three books of the series). This is wild!

They’re running for their lives, escaping between bullets and threats! I’m loving this series! It is so freaking nerve-racking and unputdownable!

Let’s talk about the characters. Isabel is really nothing out of the ordinary, she’s an English teacher teaching in Rio de Janeiro, Brazil. Overall she’s a strong woman, fierce and completely in love with Tristan since they were teens.

But, the real gem of this book is Tristan, aka Red. He has no memory of his life before the army besides the nightmares he has about his mother’s death when he was a teen. Since the military, his job has been killing people whose names he gets from his boss through an anonymous chat. Basically, he’s rough, cold, dangerous but most of all broken. Note that, given his life and the fact that he has no memory of Isabel, at first he doesn’t act as a lover. Far from it actually. He’s still cold and distant with her, so don’t expect hearts and flowers for the time being. And much less love confessions, those are a rarity trust me.

The story is just amazing! His assignment to kill her, or better yet, the fact that he didn’t kill her when he was being paid for it is just the tip of the iceberg when it comes to danger and action! They get involved in so many things, uncover so many secrets that you will lose your mind (or your sleep if you stay up at night reading this like I did!).

Side note: you have to read the books in order. Reborn is the first volume of the series that compiles part 1, 2 and 3 of the series.

Ladies and gentlemen, here is THE series of 2018. Danger, secrets, passion, and power! All compiled into the most perfect books that Meredith Wild has ever created! And these are just the first three books!

Connect with the author:
Meredith Wild